Why Are Catalytic Converters So Expensive? 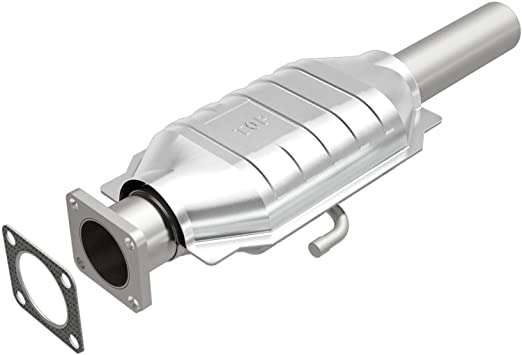 Everyone knows that there are seemingly endless parts in a car. From nuts and bolts to your car’s thermostat in the engine bay, it is easy to get lost in all of the mechanics. But one of the parts most people never see are catalytic converters. And believe it or not, it is the most expensive part inside your car.

The converter is the part in your car responsible for reducing your car’s emissions. Since most cars run on gasoline or diesel, the burning of these fuels release harmful emissions into the atmosphere. The catalytic converter actually converts almost all of your car’s dangerous emissions, nearly 90%, into a much safer gas.

How Do Catalytic Converters Work?

Inside the part are honeycomb shaped pieces of metal which are coated with platinum, palladium, and rhodium. When emissions from your engine pass through the converter, they react with the precious metals inside which is the catalyst for a chemical reaction. Therefore the gasses are reduced to a safer emission from your car.

How Much Do Catalytic Converters Cost?

This is due to the precious metals and their potential for unwanted chemical reactions. So you may be able to get a discount from a local auto parts store, but due to the legality of acquiring used converters, inventory is short.

As for older cars or junk cars, the cost to replace the converter will include a couple factors. For starters replacing a catalytic converter on an old car is harder given the lack of matching inventory. Plus, the labor costs involved are higher due to the older car model. So if you want to sell a junk car catalytic converter, just give us a call.

Do Cars Need a Catalytic Converter?

Firstly, your car will not pass inspection without a converter. Due to emission laws, it is required that inspected cars are renewed only if they have this crucial part.

The other reasons to not drive your car without a catalytic converter are due to performance. Not only will your car produce more harmful emissions, but other problems will follow. Your car will produce dark fumes from the exhaust with a bad odor.